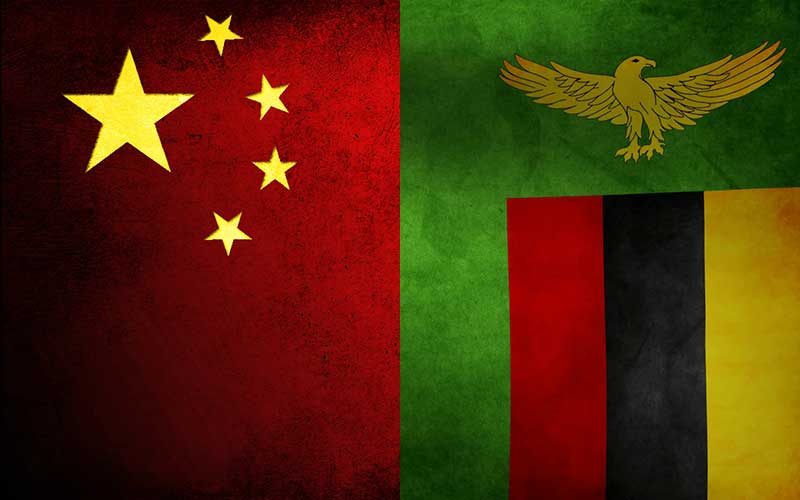 Zambia has been recently named as one of China’s main partner countries in Africa after their bilateral trade reached an average of USD 4 billion in the recent years from approximately USD 100 million in 2000.

The news was recently mentioned by Chinese Ambassador to Zambia Yang Yauming, whom during the celebrations of the Chinese New Year in Livingston in January, 2016, explained that the steady growth in trade between both countries is result of the cordial economic relationship that has been developed through several years.

According to the Massachusetts Institute of Technology (MIT), the balance trade between Zambia and China reached a peak of USD 4.55 billion in 2012 with USD 3.69 billion exported from Zambia to China and USD 870 million imported.

It currently stands at USD 3.83 billion with USD 2.84 billion in exports to China and USD 987 million in imports.

Copper constitutes the main source of exports to China currently accounting for 95% of the total exports to the Asian country, while imports are dominated by processing machines accounting for 45% of total, metal structures 19% and transportation vehicles 11% according to MIT.

The fall a result of progressive cuts in output from several private copper mines in the Copperbelt whose production in 2015 was forecasted to finish at 600,000 tonnes down from 808,000 tonnes initially estimated by the Zambian government.

On the other hand, the growth in imports are in line with the growth in foreign direct investment (FDI) inflows to Zambia from China, which last year became the largest in the country with USD 5.3 billion worth of projects and surpassed Australia and Canada with approximately USD 4.0 billion and USD 2.7 billion of FDI stock according to Investment Map.

Most of the Chinese investments in Zambia are primarily resource seeking and have been concentrated in the mining sector followed by finance, construction and trading manufacturing according to the African Economic Research Consortium (AERC).

In terms of imported products to China, Africa ranks sixth out of the six continents representing 4.7% of China’s total imports with USD 72.4 billion and Angola ranking as the main partner in Africa followed by South Africa and Zambia.

Regarding exports, Africa ranks fifth out of the six continents representing 3.9% of China’s total exports with USD 87.3 billion only ahead of Oceania with USD 53 billion and with Zambia ranking as the 20th main destination with South Africa topping the list with USD 16.4 billion according to MIT.