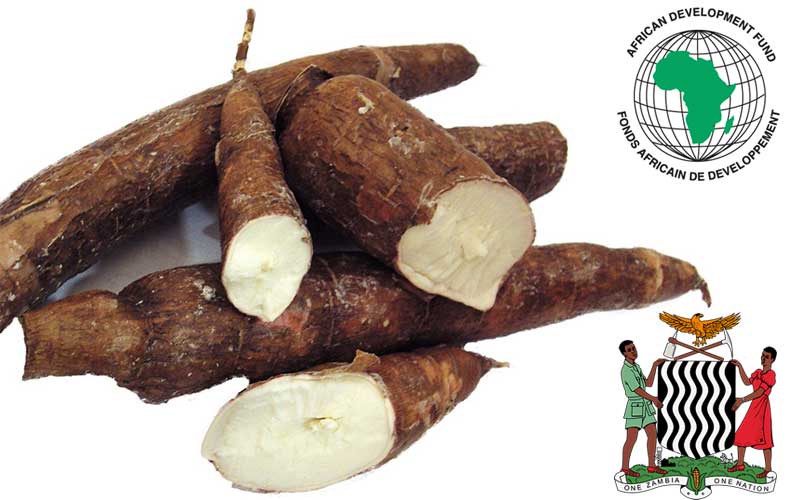 The African Development Bank (AfDB) has recently awarded Zambia with a USD 30 million loan for the Skills, Development and Entrepreneurship Project to support female and young population.

The project will be focused on the cassava industry where it seeks to promote youth and female job creation with the implementation of one out of ten industrial clusters divided equally between rural and urban areas in seven different provinces throughout Zambia.

A total of 17,000 cassava farmers working with Micro, Small and Medium Enterprise (MSMEs) will be trained with business and technical skills for the production and commercialization of their products to raise efficiency across the 120 cassava value chain stakeholders in the country.

The project also includes the construction of 15 cassava bulking centres to build storage capacity and improve the value chain performance and response to a projected demand that is quickly growing and is expected to reach the 4 million metric tonnes (MT) by the end of 2015.

According to the Zambian Ministry of Agriculture and Cooperatives, the country is currently producing approximately 3 million MT per year of cassava which come from a total land area of 337,536 hectares cultivated by 397,185 farmers located in the provinces of the Cassava Belt, Zambia’s north eastern region.

Current cassava production in the Sub Saharan region accounts for 27.7% of the total produced in Africa with Zambia ranking as the third largest contributor after Uganda and the Democratic Republic of Congo topping the list with a production of 21 million MT per annum.