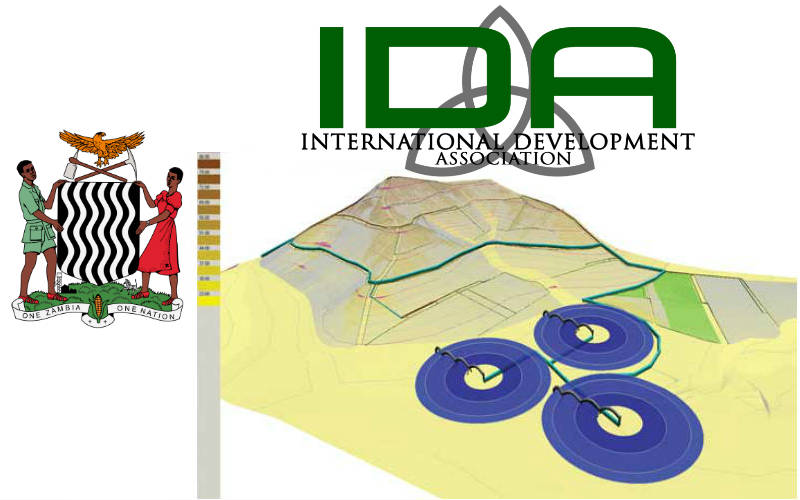 The Zambian government has recently announced an investment of USD 115 million to develop 10,000 hectares of land in three high potential areas under the Irrigation Development and Support Programme (IDSP) to boost agriculture exports.

The IDSP, launched in 2010 with the support of the International Development Association (IDA) at a total investment of USD 57 million, seeks to improve the supply response to market opportunities by linking small-scale farmers and smallholders with commercial farmers in public-private partnerships (PPP).

The irrigation schemes are planned to be developed in Lusitu in Siavonga district in Zambia’s Southern Province, Mwomboshi in Chibombo district in Central province and Musakashi in Mufulira District in the Copperbelt.

Farming is one of the main sectors that has contributed with the country’s development and farmers need to be empowered to work efficiently with them and boost agriculture exports, explained Zambia’s Agriculture Minister Given Lubinda.

Zambia’s agriculture exports recorded USD 600 million when the IDSP was launched in 2010, representing 6% of total exports and ranking as the second largest contributor after metals with 82% of the total exported.

As of 2013, Zambia agriculture exports have doubled and represent approximately 10% of the country’s total exports, keeping the second position as the largest contributor behind metals accounting for 73% of the total exported according to the Massachusetts Institute of Technology (MIT).

Despite the steady growth, one of the main constraints to increase productivity in the agriculture sector is the underutilization of irrigation, which has a potential at over 423,000 hectares but only 150,000 or 35% are being used.

Most of the irrigated land is under commercial farmers’ operations which grow different types of crops and boost the sector’s productivity and exports according to the World Bank (WB).

Zambia is currently discussing with some foreign investors whose names have not been disclosed yet, to support the country’s development by promoting PPP in the agriculture sector.