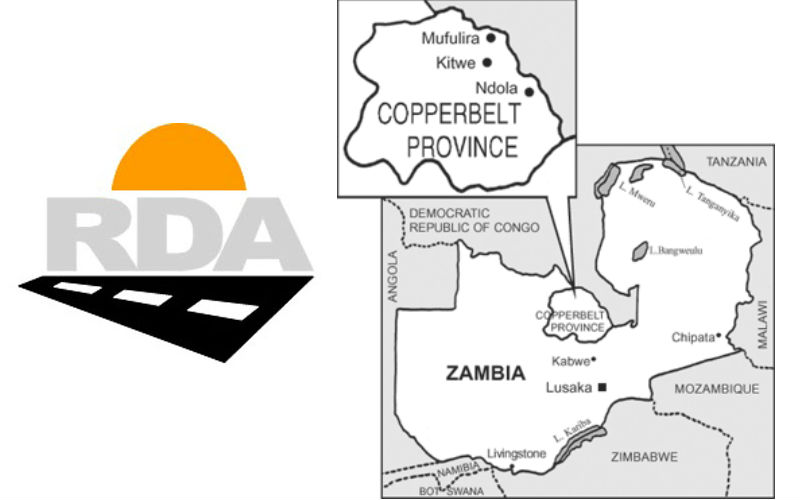 The Zambia’s Road Development Agency (RDA), a governmental entity engaged with the development of roads to support socio-economic growth in the country, has recently awarded a USD 492 million contract to a Chinese company to undertake construction and repair works of roads in the Copperbelt in Zambia’s central region.

The contract is part of the Pave Zambia 2000 Project which seeks to rehabilitate and construct a total of 2,000 km of urban roads within the next five years, and that is totally funded by the National Road Fund Agency (NRFA).

The awarded company China Henan International Cooperation Group (CHICO), a Chinese state owned construction and engineering company, will construct and repair a total of 406 km of roads according to Reuters.

RDA’s Chief Executive Officer Kanyuka Mumba, explained that the main aim of the road is to reduce costs of transport of goods and services from and to the Copperbelt.

According to the Financial Times, the Copperbelt’s mines manage a cost of production per tonne over the sector’s average of USD 5,500, due to high costs as those on transport of goods that makes the mines expensive to operate.

Zambia’s President Edgar Lungu, explained that the investment will support Zambia’s economic growth for the next years by reducing operating costs.

According to Reuters, Zambia expects a growth at around 5.0% in the year 2015, mainly driven by the copper industry which currently accounts for up to 30% of the Government Revenues according to a FT research and 78 according to Massachusetts Institute of Technology (MIT).