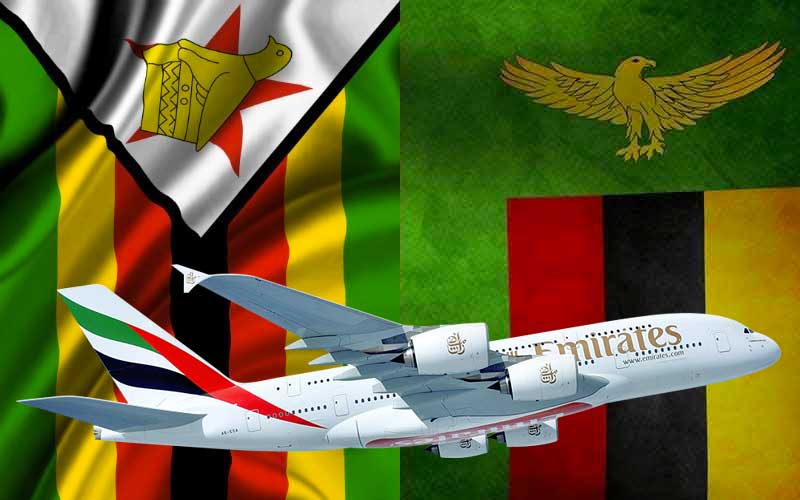 Dubai based airline Emirates has recently announced that from February, 2016 it will deploy a larger aircraft on its Lusaka-Harare route to add 45% more Economy Class seats per flight from the current 213 to 310.

A Boeing 777-300ER will replace the current Airbus A340-300 and will also count with 8 private suits in First Class and 42 lie-flat seats in Business Class.

The up-gauge is also meant to strengthen trade between Zambia and Zimbabwe since the new aircraft will offer a larger cargo capacity of 23 tonnes per flight to boost Zambia’s exports of flowers and vegetables and imports of pharmaceuticals and mining equipment according to an Arab business media.

According to the Massachusetts Institute of Technology (MIT), Zambian exports to Zimbabwe totaled USD 290 million in 2013 accounting for 2.38% of total exports with vegetables as the second most important group after foodstuffs totaling USD 214 million.

Regarding imports to Zambia from Zimbabwe, machines and chemical products are among the top 10 group of products accounting for 13.8% of the total imported with USD 17 million in 2013.