Edgar Lungu was first elected President of Zambia on January 25th 2015 to serve the remainder of former President Sata’s term following his death in October 2014.

Lungu announced that he will now focus on restoring Zambia’s economic growth, which slowed down due to falling copper prices, resulting in mines closures and job losses.

The Zambian President intends to arrange a bailout package for Zambia from the International Monetary Fund (IMF), however official discussions have not started yet.

He explained that he plans on attracting agricultural investments to the country in order to decrease its dependency on mining.

Paul Chanda, Zambia’s Permanent Secretary for the Ministry of Mines, said: “We need […] to foster a stable investment environment, while simultaneously diversifying our economy so we are not overly dependent on mining.”

According to a recent press release of the World Bank (WB), mining accounts for 12% of Zambia’s GDP and 70% of its total export value.

Continuing to attract investment in the sector is crucial to the country’s growth since it constitutes 62% of foreign direct investment, the press release indicates.

Zambia’s Home to 30 Multi-Millionaires and 800 HNWIs 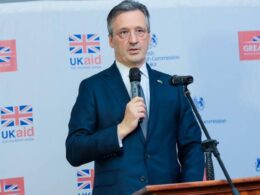 The Electoral Commission of Zambia has released on Monday 16th August 2021 the results of the presidential elections,…
This website uses cookies to improve your experience. By continuing to browse the site, you are agreeing to our use of cookies.Accept
Privacy & Cookies Policy