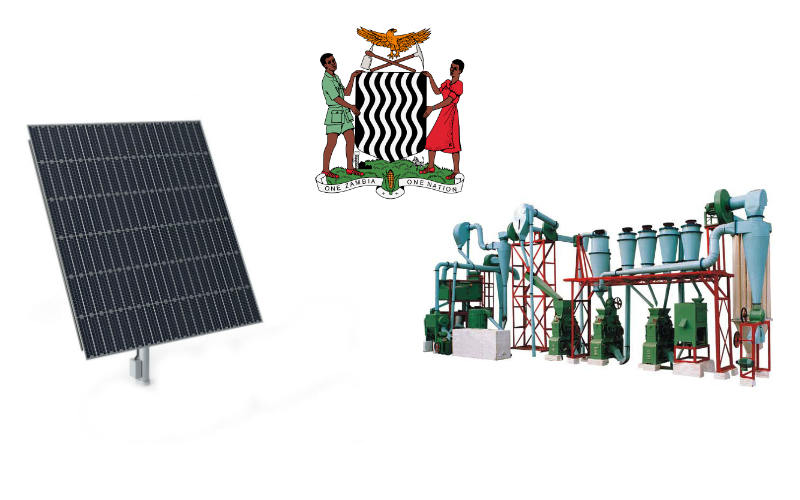 The Zambia Cooperative Federation (ZCF), an organization in charge of coordinating the development, representing and establishing business functions of the cooperatives across the country, has recently received 100 more units of equipment to continue with the set-up of solar-powered mini-milling plants in Zambia.

In addition, the program seeks to support the industrialisation of rural areas using the agriculture produce processing activities as part of a ZCF’s five-year strategic plan to establish the industrial clusters that the government wants to achieve.

During January, 2016, 400 more units of equipment will be received to keep the setting up of mini-milling plants that will have a capacity production of 2 tonnes per day, explained ZCF Director General James Chirwa.

The ZCF will support the mini-milling plants by buying 2 million tonnes of maize per year to place on the market and contribute with the reduction of mealie meal prices and decongest the Food Reserve Agency (FRA), whose reserves demand high funds from the treasury, Mr. Chirwa added.

According to ZCF, three units are currently operating in Solwezi, Luapula and Kasama in the country’s northern region.