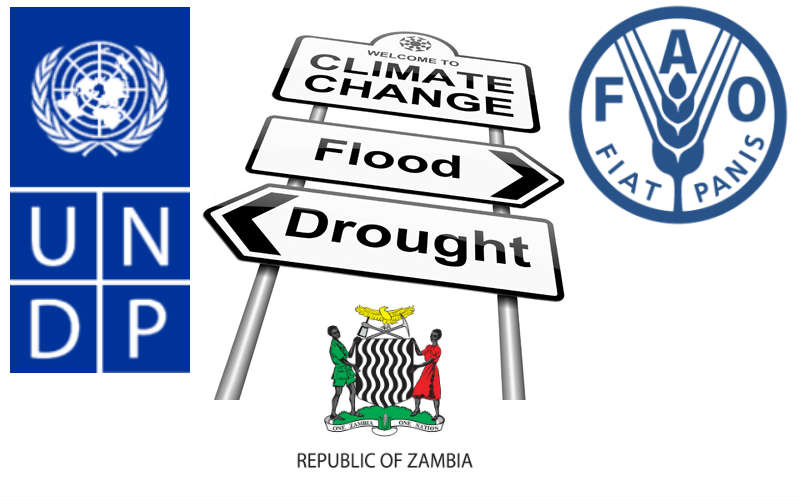 The Food and Agriculture Organization of the United Nations (FAO) has recently announced that Zambia is among eight countries from around the world to be benefited with a USD 12 million fund, which is meant to support the development of long-term climate change strategies in the country.

The program developed by FAO together with the United Nations Development (UNDP) is totally funded by the Germany’s Federal Ministry for the Environment, Nature, Conservation, Building and Nuclear Safety (BMUB), which manages a portfolio over the USD 3.8 billion in similar projects around the world according to the Ministry’s website.

The UN’s program seeks to improve and strengthen Zambia’s adaptation responses to climate change, in order to raise agricultural production and secure food for more than 60% of the country’s population whom derive their livelihoods directly from agriculture according to a UN’s research.

The program which will last for four years, is continuing the project called “Adaptation to the Effects of Climate Variability and Change” undertook and partially funded by the UNDP and FAO with USD 9.8 million.

The project, implemented by the Zambia’s Ministry of Agriculture and Cooperatives (MACO), lasted for four years from 2010 to 2013 and focused on the western and eastern regions of the country seeking to increase food security within 35% and 75%.

The new program will be focused on policy advice and technical support by FAO to ensure climate change adaptation in agriculture, forestry and fisheries sectors while the UNDP aims at engaging the Zambian Government with managing climate risk by planning and budgeting this topic with local concerned institutions.

According to UNDP Global Environment Finance Unit Executive Coordinator, Ms. Adriana Dinu, food security in the decades to come in countries as Zambia depends on how farmers innovate and adapt to climate change.

The Zambian farmers are one of the most vulnerable to climate hazards as prolonged droughts, floods and extreme temperatures according to UNDP.

In the last eight years, climate conditions have reduced the agriculture value added as percentage of Zambia’s GDP from 14.5% to 9.6% approximately in 2014 while the Sub Saharan region only did it from 16.4% to 14.0% in the same term according to World Bank statistics.